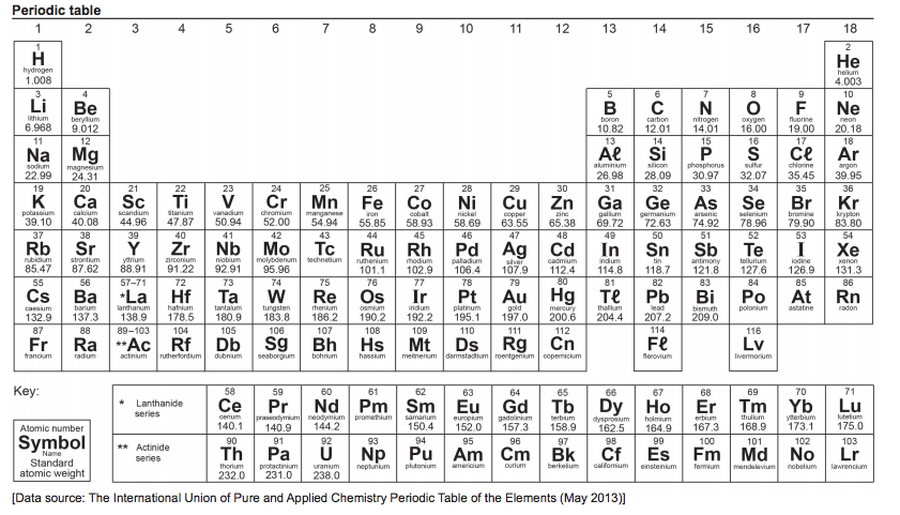 Task 1 Periodicity of the elements
Input Side (RHS)

BRING YOUR GRAPH TO CLASS
Questions 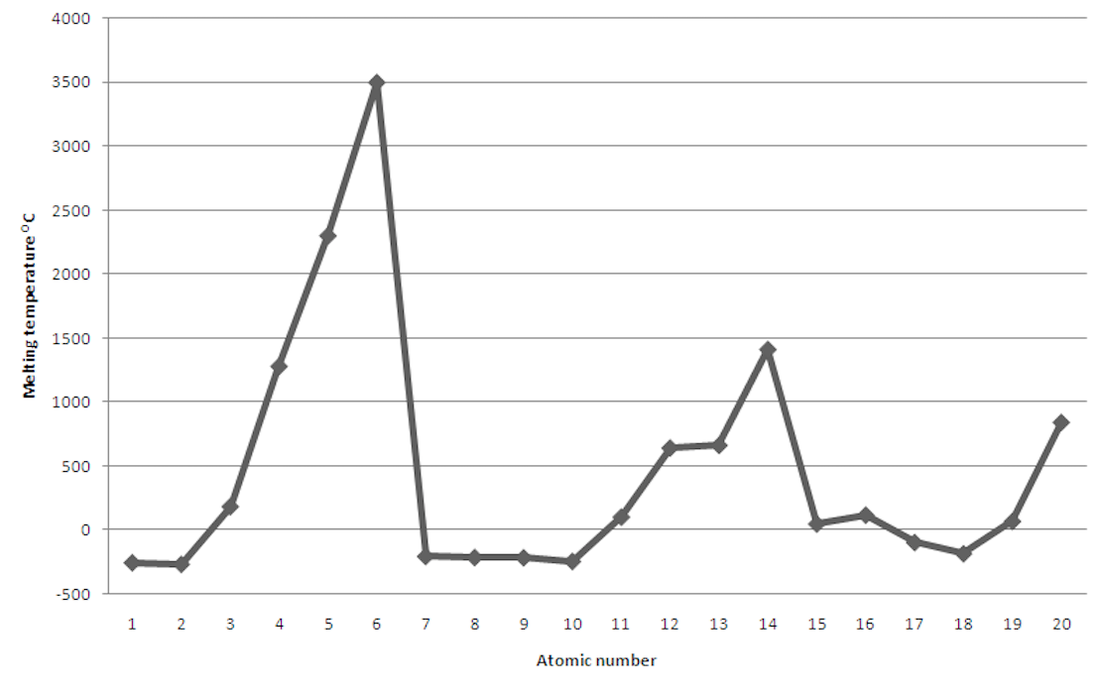 Describe the similarities that you see with your plot of the boiling points of the first twenty elements.

Explain why the Periodic Table of Elements is so called.

On your Right-side (Input) page write the heading and the date.
Take notes on the development of the model of the atom.
Subheadings should include;
Use the textbook to elaborate on your notes. Pages 8 and 9

Structure of the atom - more detail than Professor Cox

Download File
On your Left-side (Output) page write the heading and the date.
Use information on your periodic table to draw a model of a magnesium atom as
Niels Bohr: "Every great and deep difficulty bears in itself its own solution. It forces us to change our thinking in order to find it." 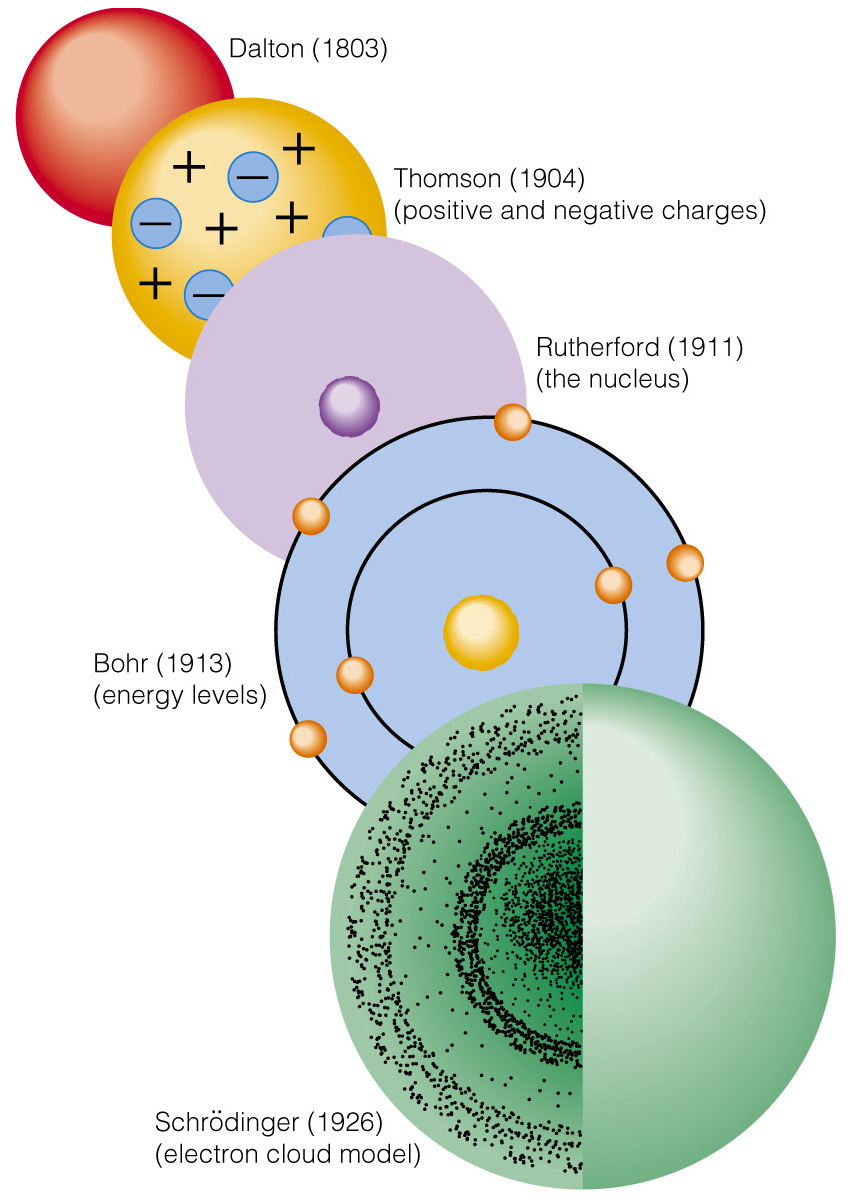 Chemical reactions played an important role in developing our understanding of the model of the atom.
We will use a simple chemical reaction to demonstrate John Dalton's thinking.
(We will explore the concepts further during the course.)


Take a small piece of magnesium ribbon, clean it with steel wool and react it with oxygen gas from the atmosphere.

On the Left-side page.
Record your observations of the two reactants before the reaction and the product after the reaction.

We know the formula for oxygen gas and the symbol for magnesium.
Beneath your written observation;
Dalton thought that atoms combined in the ratio of 1:1. He was correct on this occasion.

Fold your periodic table so that it looks like this; 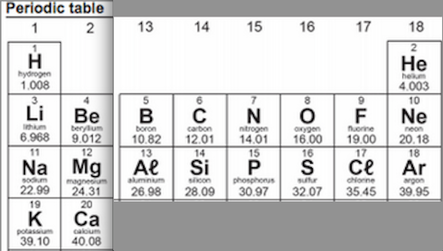 The grid goes on the Right-side page (input)
On your grid write the symbol for the atom and its atomic number in the top of each cell.
The rules
Up to;

Electron arrangement of the first twenty elements of the periodic table 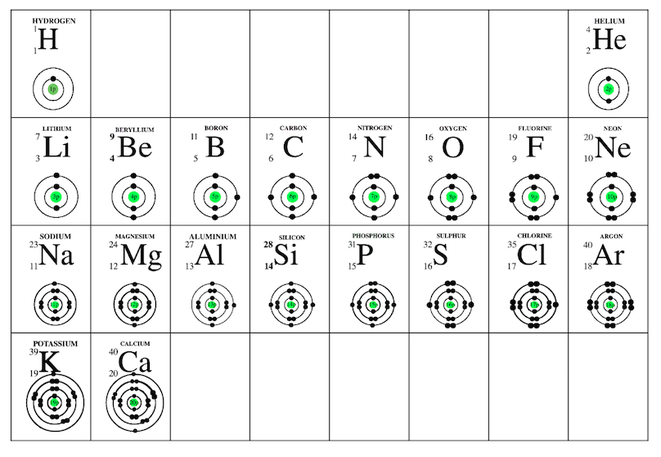 The circles that you have drawn represent energy levels of the electrons.