Definition of the Scientific Method
by the Nobel Prize-winning  physicist Richard Feynam in one of his lectures in 1964 at Cornell University, NY.

You can easily measure fundamental physical quantities, and their units, in your science laboratory.
mass - (kilograms or kg)
length -  (metres or m)
time - (seconds or s)
temperature - (degrees Celcius) [the unit for temperature that chemist and physicists use is the Kelvin; but that is another story]
electrical charge - (amperes or A)

You can calculate other quantities from these fundamental quantities. For example;
velocity - (ms-1)
acceleration - (ms-﻿2﻿)
Force - (newtons or N)
Work - (joules or J)
Electrical resistance - (ohm or Ω)

The Hypothesis
A short statement of the relationship between the independent and the dependant variable.

Do not start the hypothesis with the term “I believe...” or “I think...”. An investigation is an objective study of evidence.
You may use this structure for the hypothesis;

Visualising the hypothesis
If we can visualise the relationship between the independent and the dependant variables then it helps us form the hypothesis and predict our expectations.
Once the data is gathered and plotted then we can easily compare the hypothesis with the results.

If you need to test the range of frequencies that a breed of dog can hear do you test many or a few? Which is a more reliable sample and why?
Do you conduct the test many times or a few times? Which is more reliable and why?
Do you conduct the test in the same conditions each time? Why?
At least three trials are conducted in an investigation so that the effect of individual differences is decreased. This leads to RELIABILITY not ACCURACY.

The Relationship between the Concepts of Accuracy and Reliability 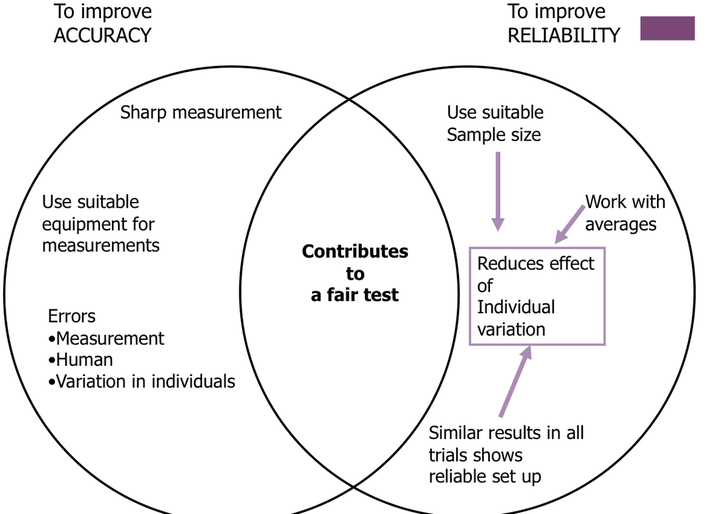 Relationships between the variables

Here you are looking for either a;
See the examples of the graph shapes in “Visualising the Hypothesis” above.

When you are asked for improvements to an investigation you are being asked to think about how you could improve the ACCURACY, RELIABILITY and reduce errors. See Venn Diagram above for methods to do this.

Averages
When you write numbers to the right of a decimal point you are indicating the order of accuracy of the measurement.
If the table gives data to one decimal place then it is telling you that the measurement was taken at that level of accuracy.

If you write average values to two or more decimal places then you are saying that the measurements have been more accurate than the original data. This cannot be so!

The rule is keep your averages to the same level of accuracy as the data given in the table. 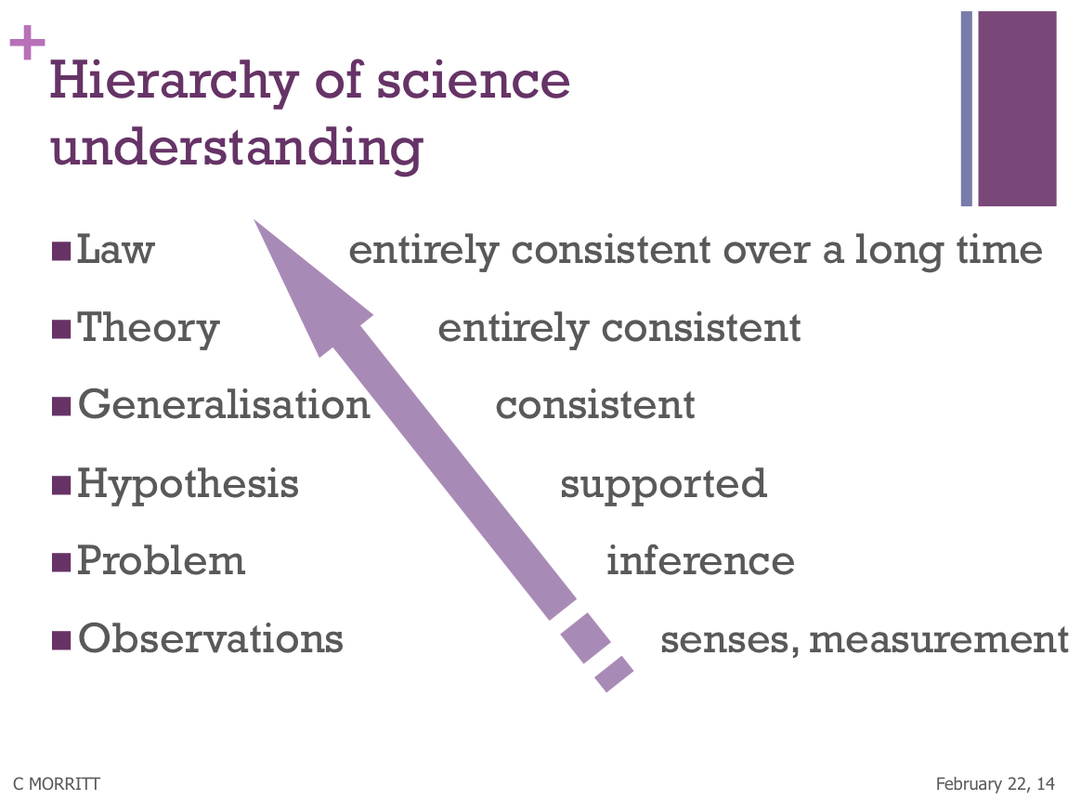 Mr Bozeman gives a history of the Scientific Method.
Doctor and epidemiologist Ben Goldacre shows us, at high speed, the ways evidence can be distorted, from the blindingly obvious nutrition claims to the very subtle tricks of the pharmaceutical industry.
​Discusses the Control and the placebo effect.