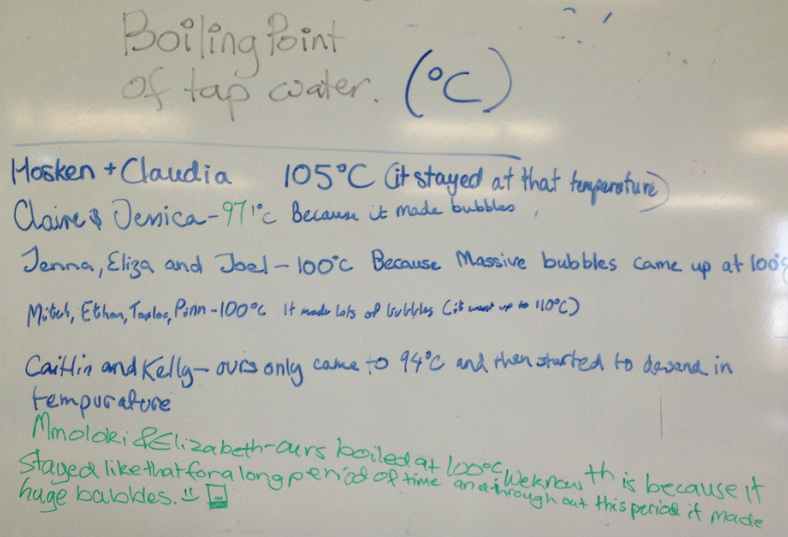 Use the laboratory equipment to investigate the effect of increasing salt concentration on boiling point.
You will set this up this investigation as a Fair Test where you;

Discussion
Improvements to the Design of the Investigation
Accuracy of measurement