X-Ray Diffraction supported the hypothesis that the DNA molecule was a double helix. 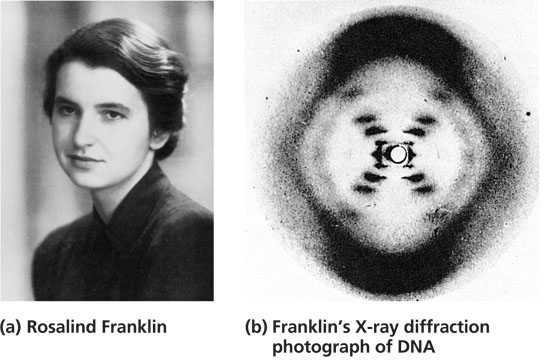 Topic 4 Classification and the Theory of Evolution

Drawing by John Gould of four of "Darwin's Finches" showing the difference in their beaks. 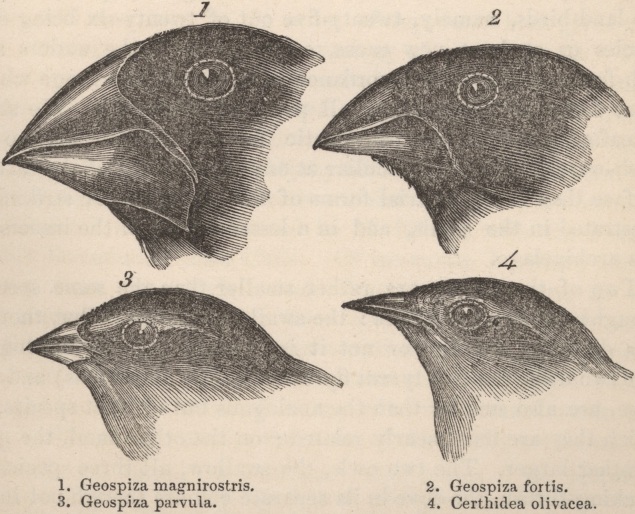 Drawn by John Gould (14.Sep.1804 - 3.Feb.1881) http://commons.wikimedia.org/wiki/File:Darwin%27s_finches_by_Gould.jpg
Explain how this image relates to both the concept of Classification and the Theory of Evolution.
Molecular basis of beak evolution
Developmental research in 2004 found that bone morphogenetic protein 4 (BMP4), and its differential expression during development, resulted in variation of beak size and shape among finches. BMP4 acts in the developing embryo to lay down skeletal features, including the beak.[24] The same group showed that the development of the different beak shapes in Darwin's finches are also influenced by slightly different timing and spatial expressions of a gene called calmodulin (CaM).[25] Calmodulin acts in a similar way to BMP4, affecting some of the features of beak growth. The authors suggest that changes in the temporal and spatial expression of these two factors are possible developmental controls of beak morphology. 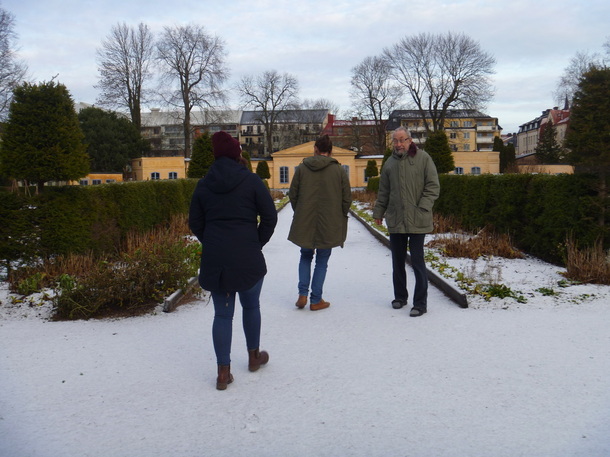 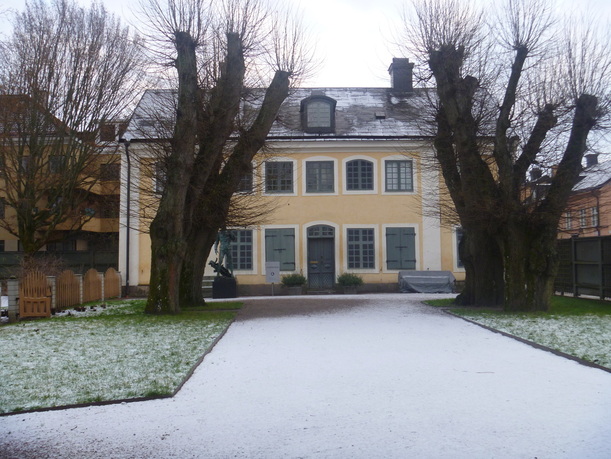 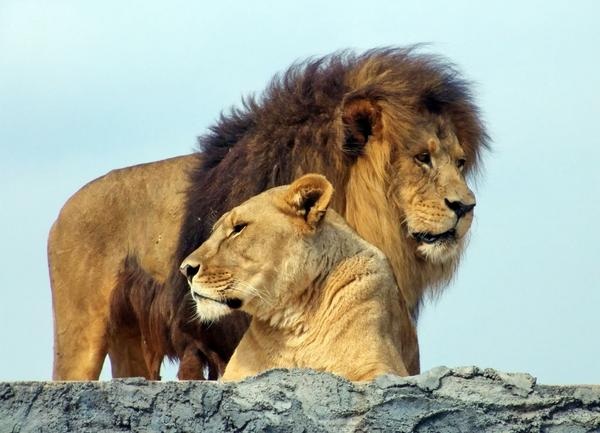 Do these 'magpies belong to the same species?

Do these fossilised bones belong to the same or different species? 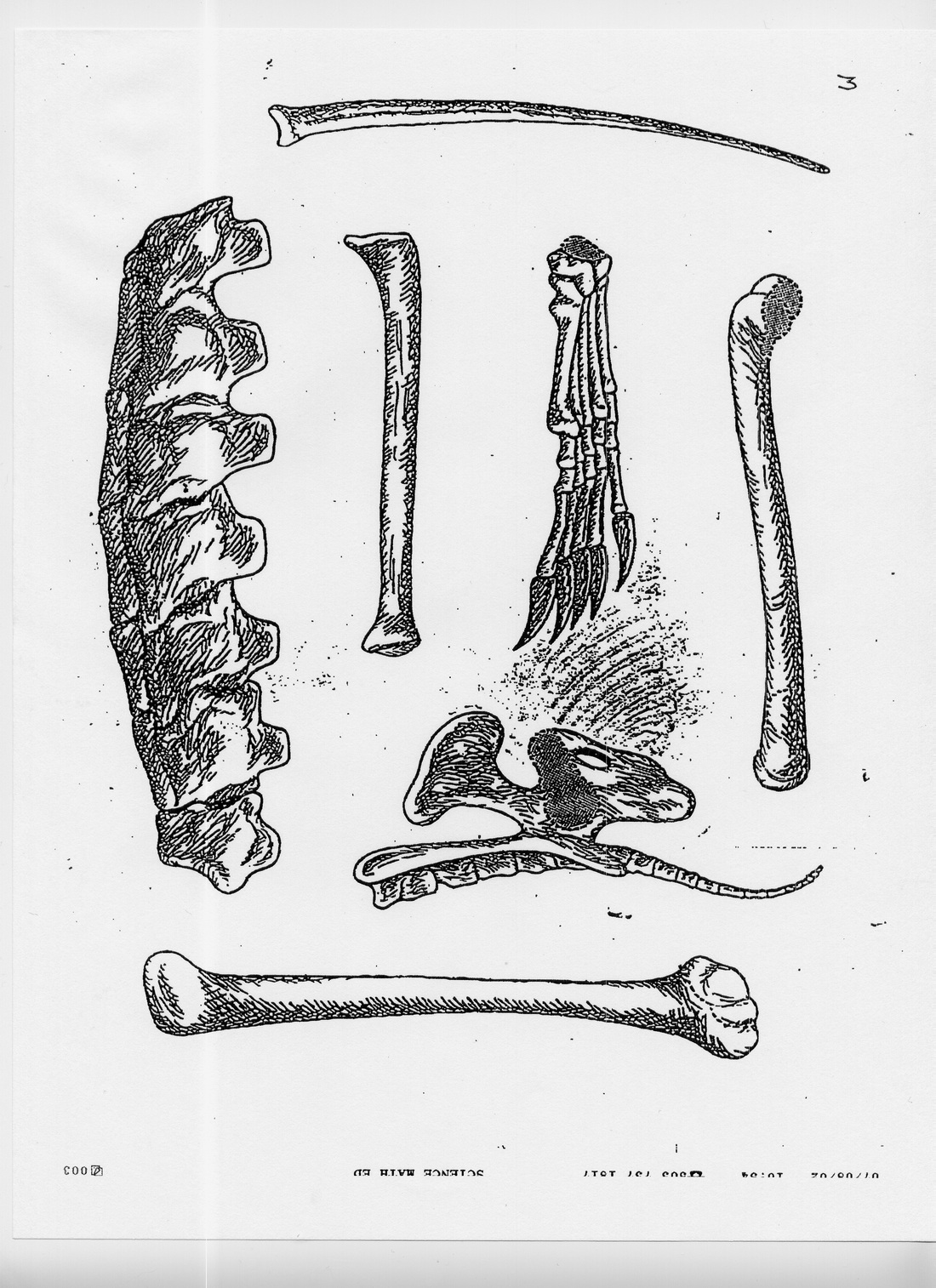 Evolutionary order of appearance of the 9 major animal phyla.

The numbers indicate the evolutionary order of the phyla.
Can you name an example for each group?
This is not how Darwin would have represented this order. Suggest how he may have shown the evolutionary relationships below.

A page from Darwin's Notebook B showing the first evolutionary tree diagram. 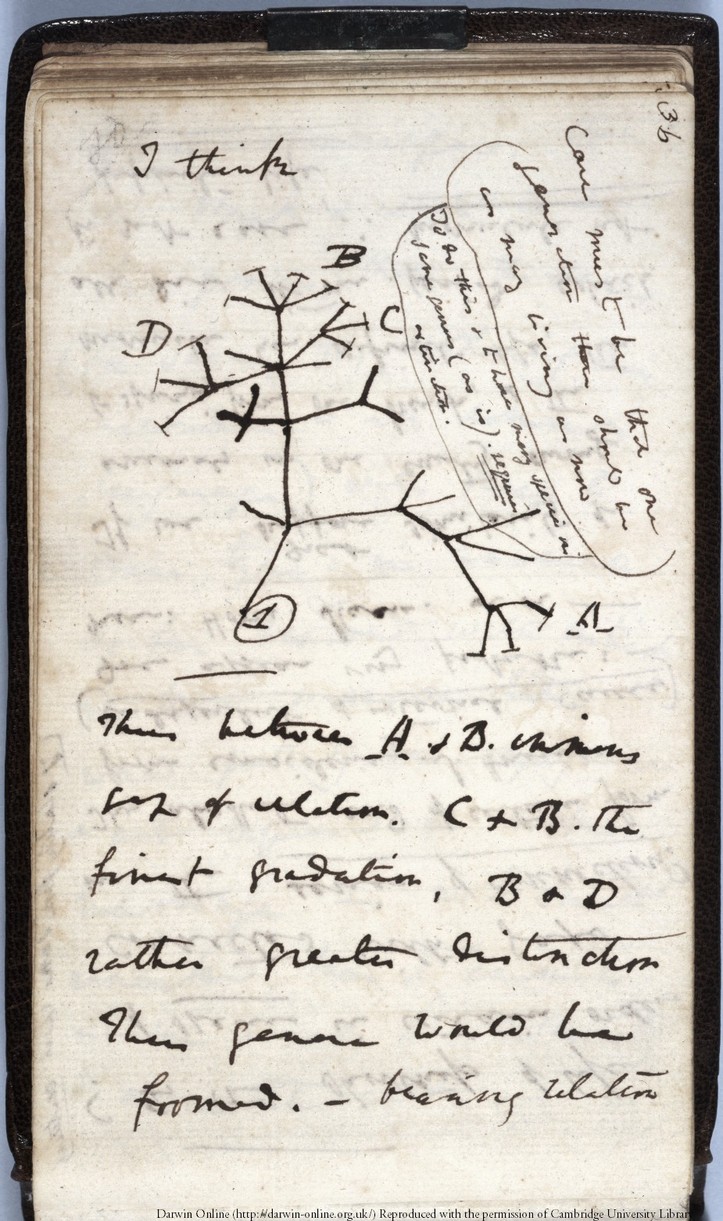 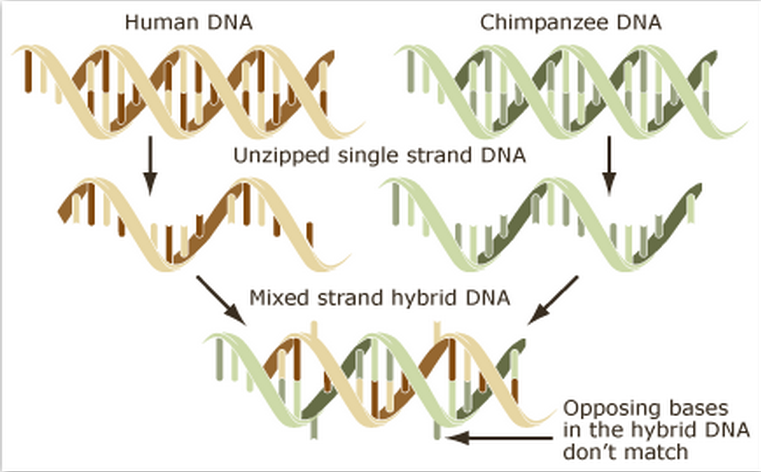 What is the significance of the Group numbers and the Period Numbers to the structure of the atoms?

Why is this table called the Periodic Table of Elements?

Historical models of the atom

Each model is useful to explain certain features of the Atomic Theory. Eg Dalton's model helps us understand the ratios in which atoms combine.
Thomson's model lead to Rutherford's Model. Bohr's model explains the valence electrons and how they interact with each other. 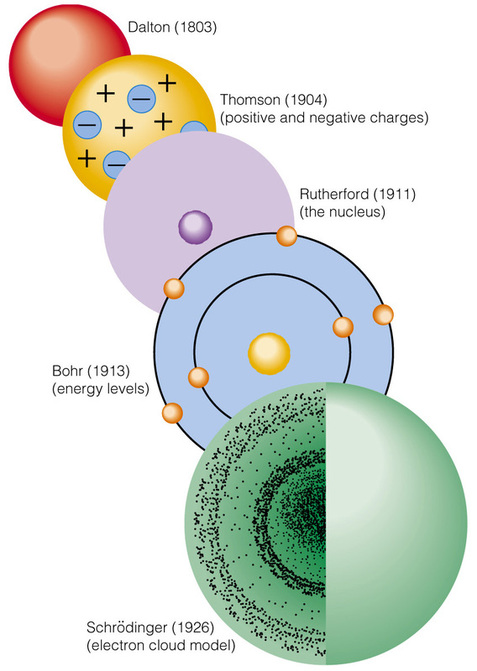 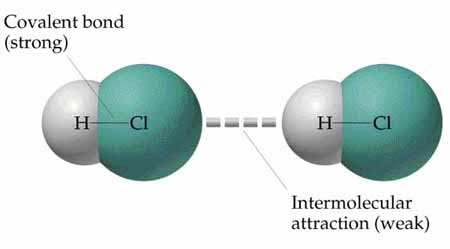 Significance of bond types to physical and chemical changes

Strong covalent bonds hold the atoms together to form a molecule. If these covalent bonds are broken, as in a chemical change, then new substances result.
methane + oxygen ---> carbon dioxide +  water
CH4 + 2O2  ---> CO2  + 2H2O 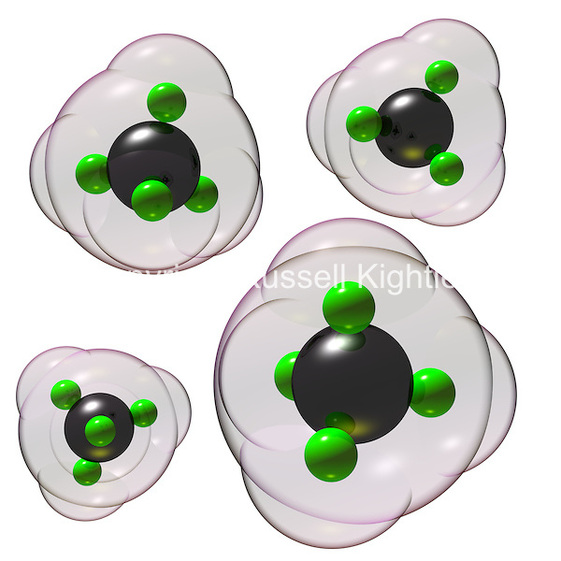 The hydrogen bond - a strong intermolecular bond, but weaker than a covalent bond.

Hydrogen bonding in water helps to explain how ionic substances dissolve in water to form aqueous solutions.
The hydrogen bond is the bond that is used to hold the nitrogenous bases together in the DNA molecule. Not only do these bonds allow the DNA molecule to unzip for replication and for transcription, they help the replicated DNA molecule form and help the messenger RNA synthesise. The covalent bonds maintain the integrity of the molecule. 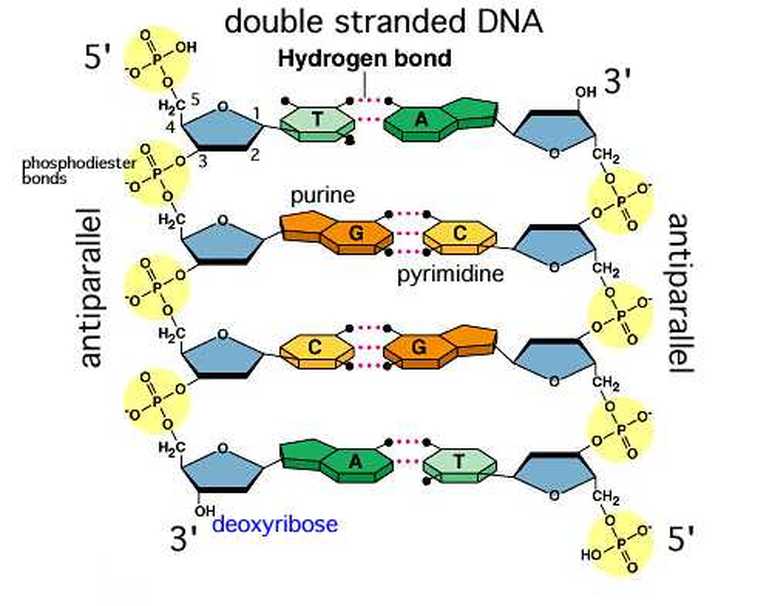 Extension on redox reactions - from combustion to the electrochemical cell!

Write the equation to show the following reaction;
Shiny solid magnesium ribbon burns with a bright white flame as it combines with oxygen. A white powder is formed.
Explain why this is a redox reaction.
Analyse the equation from the point of view of the electrons.
Explain what happens to the electrons in this reaction.

To understand the term "potential difference" or voltage it is useful to apply knowledge of oxidation and reduction reactions to the electrochemical cell. This is the transformation of chemical potential energy to electrical energy.
Potential Difference or Voltage
1. Complete the equation and sentence beneath each half cell.
2. Draw an arrow on the leads to show the direction of flow of negative charge on the electrons
3. Draw the negative symbol on the correct electrode.
4. Draw the positive symbol on the correct electrode.
5. Describe where you have seen the positive and negative symbols on commercial examples of an electrochemical cell.
6. For anything to flow, or move, there must be a force acting. The force driving the electrons is called the Electromotive force, or Potential difference. Another term is VOLTAGE.
7. The unit of potential difference is the volt (V). The symbol for voltage is V
8. A zinc nitrate solution has a concentration of 1.0M and produces a voltage of 0.73volts. Calculate the concentration  of a zinc nitrate solution that will produce 9 volts from an electrochemical cell. 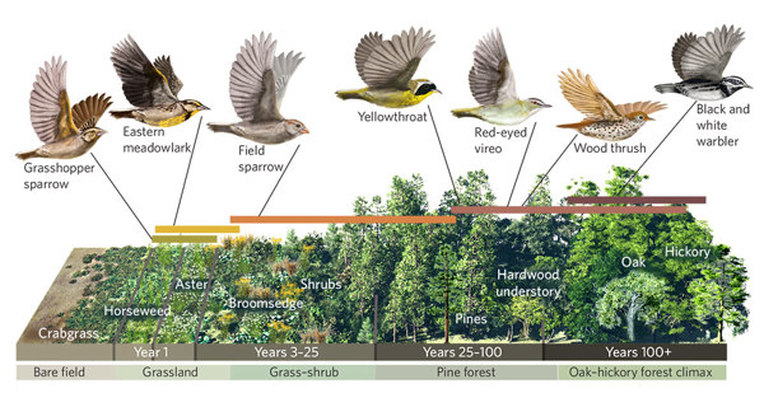 Ecological pyramids - provide another level of information after food chains and food webs. 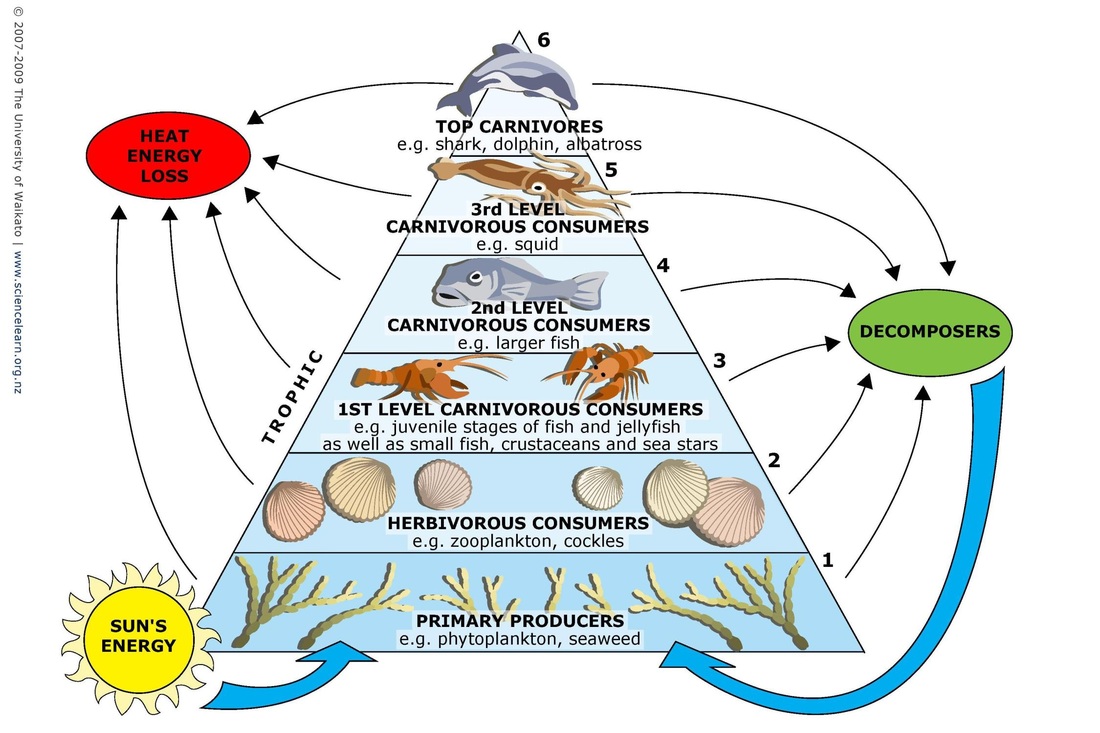 Pyramids of biomass
The 3D model is a better representation of the 10% rule; ie only 10% of the energy in one trophic level is availble to be passed onto the next trophic level. 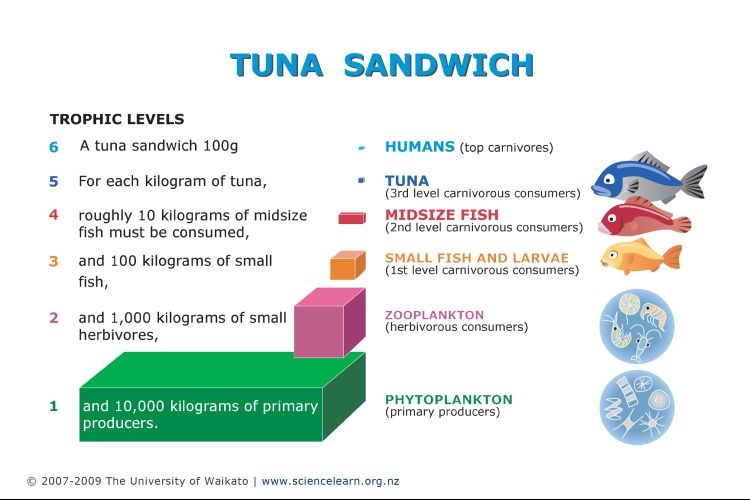 Click on the image to visit this NZ Marine food webs site
Inverted pyramids!
The Carbon Cycle.
The models below show different representations and time-scales. 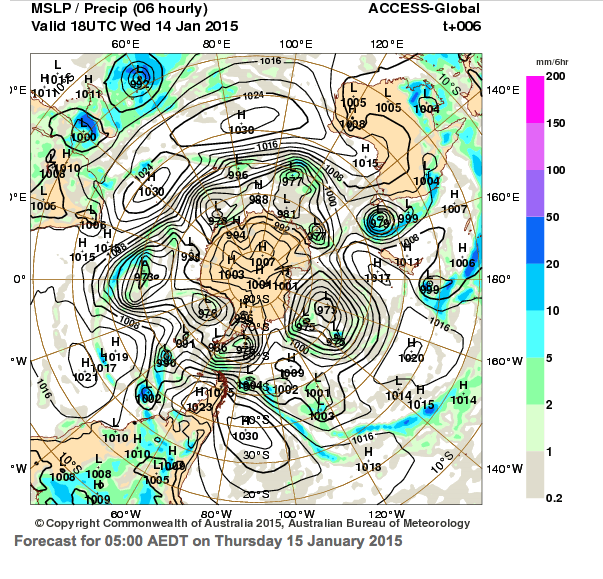 Click on image to visit the BOM Antarctica animation of forecasts. 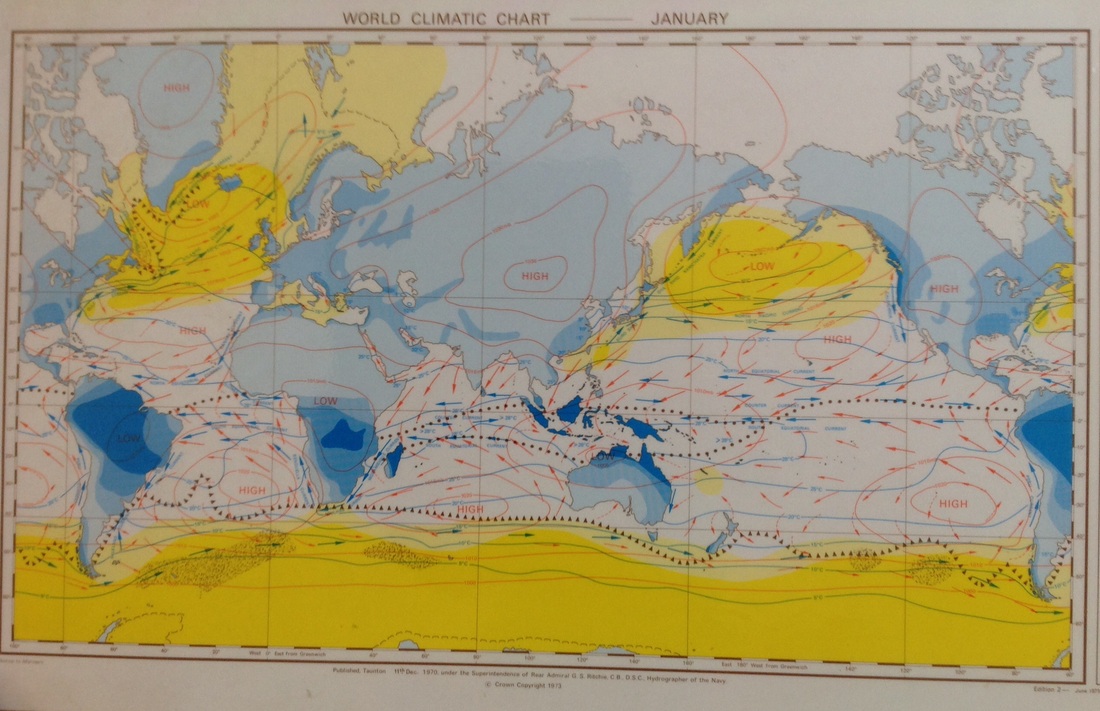 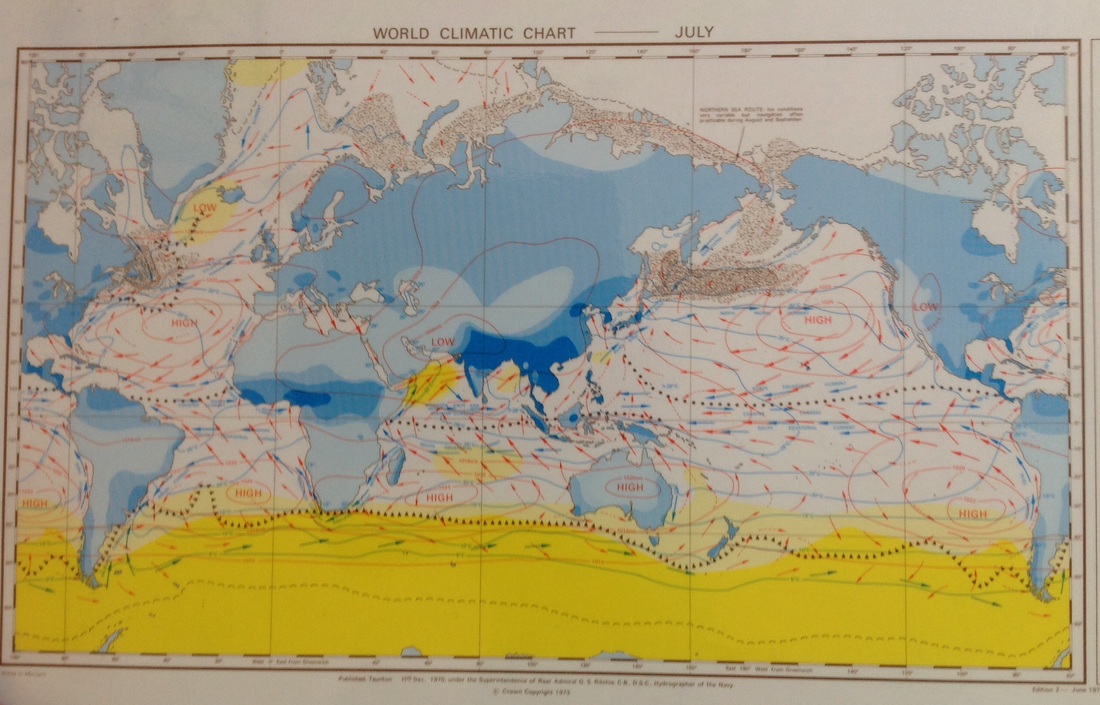 El Niño Southern Oscillation Index (ENSOI)
Click on images to visit Bureau of Meteorology sites to learn mare about these cycles and scientists attempts to correlate them to weather patterns in Australia. 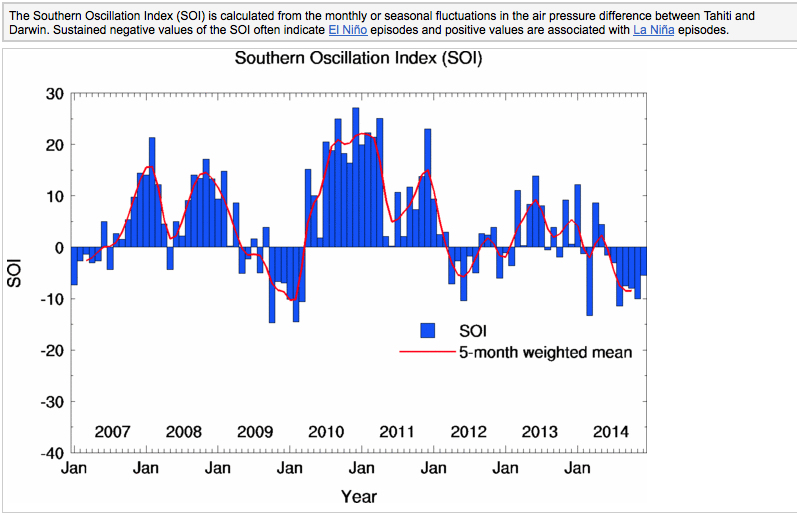 The Realities of Climate Change 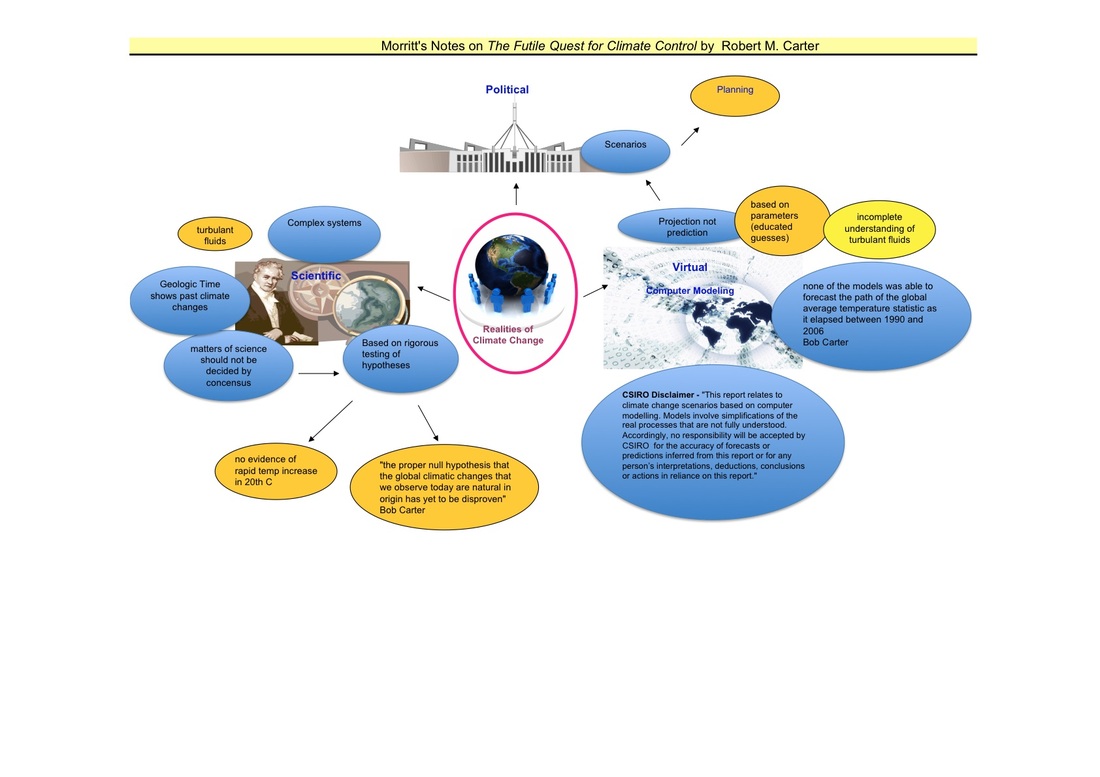 The anisotropies of the Cosmic microwave background (CMB) as observed by Planck. The CMB is a snapshot of the oldest light in our Universe, imprinted on the sky when the Universe was just 380 000 years old. It shows tiny temperature fluctuations that correspond to regions of slightly different densities, representing the seeds of all future structure: the stars and galaxies of today.
anisotropies http://www.astro.ucla.edu/~wright/CMB-DT.html 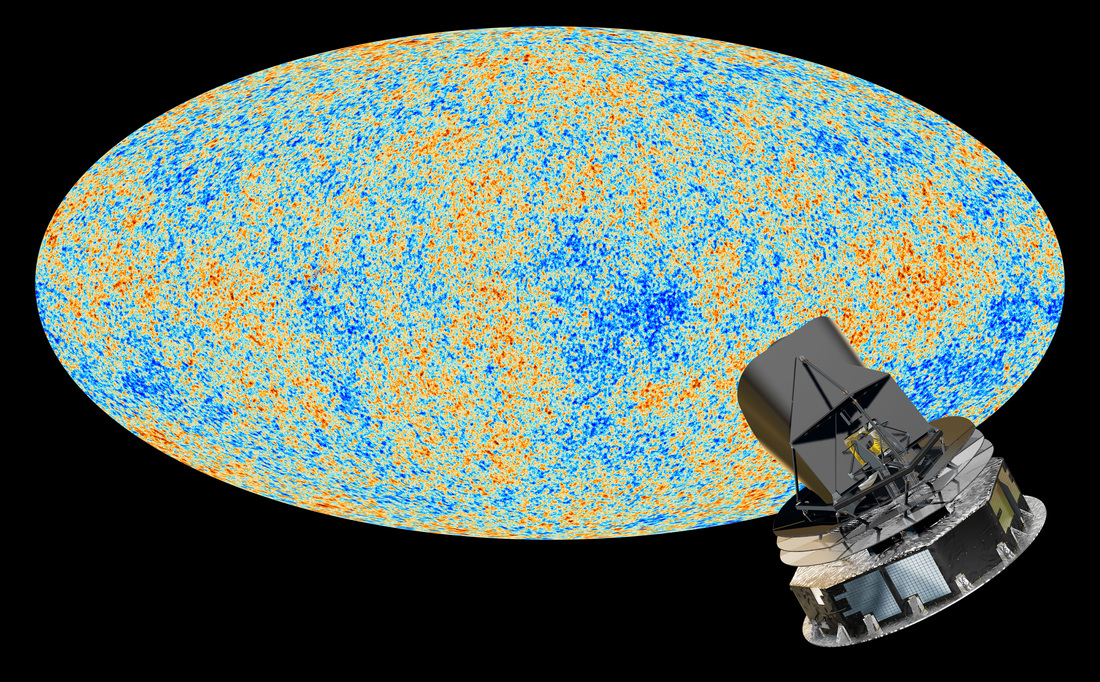 History of the Observable Universe 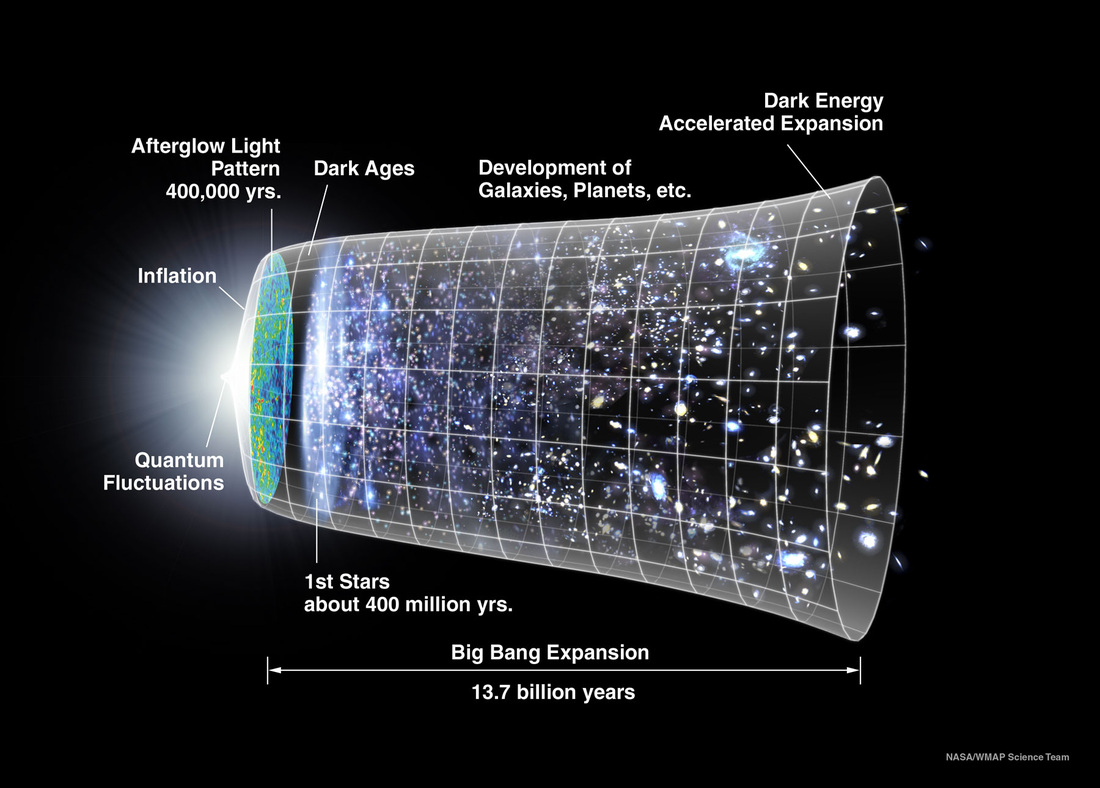 The discovery of microwave background radiation and the realisation that the universe began in a hot big bang dates back to only 1965!
Background:
This illustration shows time running left to right
Big bang followed by rapid expansion known as inflation
After 400 000 years universe cools and transparent but dark.
First stars form about 400 million years ago.
Over next 13 billion years universe evolves such as galaxy formation, planets.
The universe continues to expand to this day.

Evidence for an expanding universe

The history of the subject began with the development in the 19th century of wave mechanics and the exploration of phenomena associated with the Doppler effect. (This link has an animation of the Doppler effect using sound waves).
The effect is named after Christian Doppler, who offered the first known physical explanation for the phenomenon in 1842.[4] The hypothesis was tested and confirmed for sound waves by the Dutch scientist Christophorus Buys Ballot in 1845.[5] Doppler correctly predicted that the phenomenon should apply to all waves, and in particular suggested that the varying colors of stars could be attributed to their motion with respect to the Earth.[ 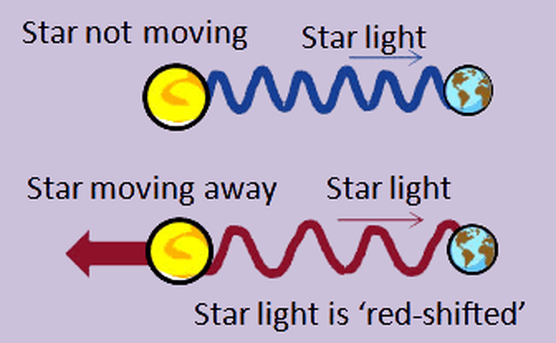 Click on image to visit a good site suitable for Yr 10 http://www.faradayschools.com/ks4-the-red-shift/ 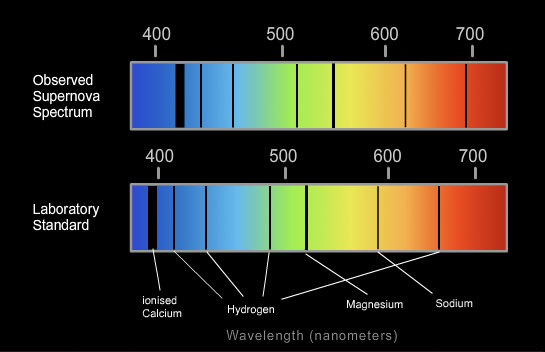 Click on image to visit a site to understand redshift http://www.passmyexams.co.uk/GCSE/physics/the-expanding-universe-red-shift.html
Background:
•If a star is moving toward Earth, its light waves appear to be squeezed together. The decreasing distance between Earth and the star effectively shortens the wavelength of the starlight received by Earth.
•This shifts the star's spectral lines toward the blue end of the spectrum

The faster the light source moves the further its light will be “shifted”
The absorption lines have all been “shifted” towards the longer wavelength end (red end)…
Light from different stars and from the edge of the universe also shows this “red-shift”.  This suggests that everything in the universe is moving away from a single point.
A spectral line is a dark or bright line in an otherwise uniform and continuous spectrum, resulting from a deficiency or excess of photons in a narrow frequency range, compared with the nearby frequencies. Spectral lines are often used as a sort of "atomic fingerprint," as gases emit light at very specific frequencies when exposed to electromagnetic waves, which are displayed in the form of spectral lines. These "fingerprints" can be compared to the previously collected fingerprints of elements, and are thus used to identify the molecular construct of stars and planets which would otherwise be impossible.

The Inverse-Square Law relates to Magnitude
1 - brightest to
6 - faintest
This is a logarithmic scale where the difference of one Magnitude = 2.5 times in brightness 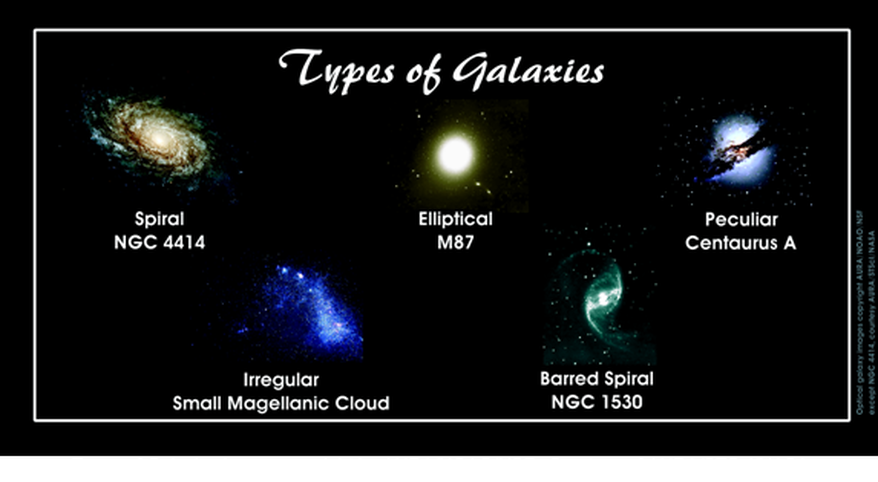 click on image to visit an interactive site https://cosmology.carnegiescience.edu/timeline/1993/investigate-the-hubble-ultra-deep-field

Life-Cycle of a Star 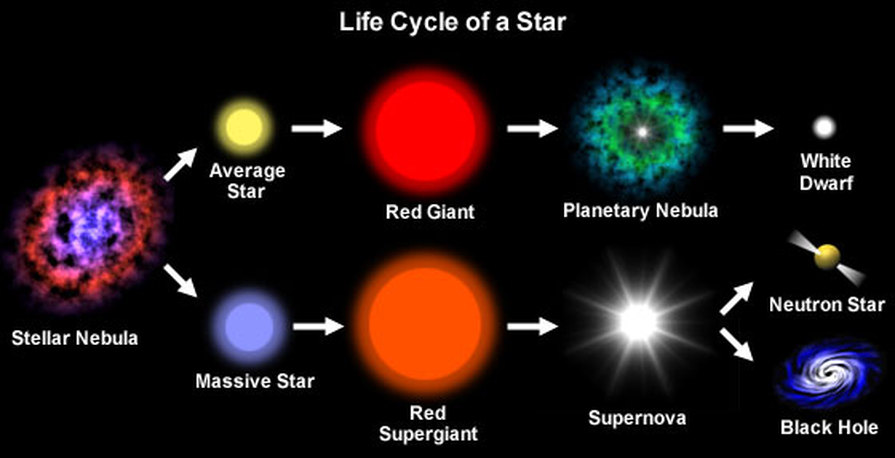 Background:
All stars start as a nebula.  A nebula is a large cloud of gas and dust. Gravity can pull some of the gas and dust in a nebula together. The contracting cloud is then called a protostar. A protostar is the earliest stage of a star’s life. A star is born when the gas and dust from a nebula become so hot that nuclear fusion starts. Once a star has “turned on” it is known as a main sequence star.  When a main sequence star begins to run out of hydrogen fuel, the star becomes a red giant or a red super giant

THE DEATH OF A LOW OR MEDIUM MASS STAR
After a  low or medium mass or star has become a red giant the outer parts grow bigger and drift into space, forming a cloud of gas called a planetary nebula. The blue-white hot core of the star that is left behind cools and becomes a white dwarf.  The white dwarf eventually runs out of fuel and dies as a black dwarf.

THE DEATH OF A HIGH MASS STAR
A dying red super giant star can suddenly explode. The explosion is called a supernova. After the star explodes, some of the materials from the star are left behind. This material may form a neutron star. Neutron stars are the remains of high-mass stars. The most massive stars become black holes when they die. After a large mass star explodes, a large amount of mass may remain. The gravity of the mass is so strong that gas is pulled inward, pulling more gas into a smaller and smaller space. Eventually, the gravity becomes so strong that nothing can escape, not even light.

It has been such a pleasure working with you.
All the best for the future and the redshift in your careers!