Homework 3.1 and 3.2 check
Worksheet completion and analysis of energy calculations 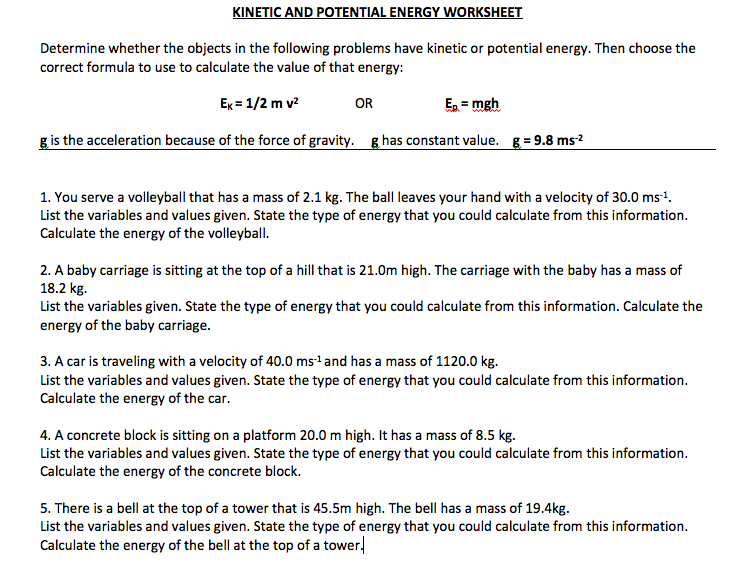 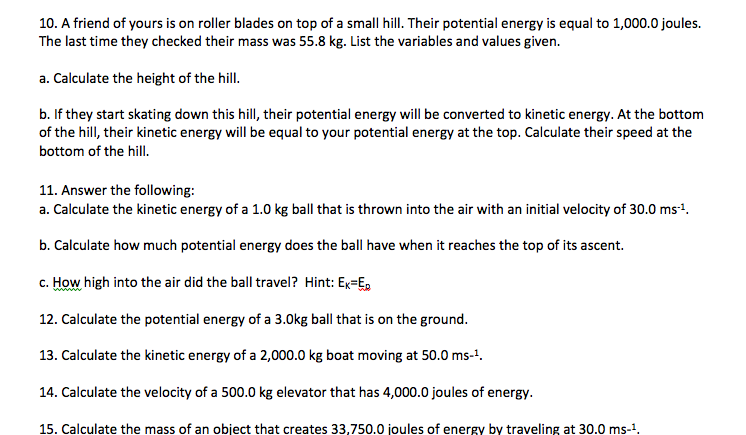 You are standing at the top of the Year 12 Lawn and want to drop a ball down to the oval. You think it would be fun to calculate the maximum velocity of the ball as it hit the ground.
Design a method you could trial to find the velocity of a ball the instant it hits the ground. Bring your design propsal to class for discussion on Monday

Think about the following to help you structure your thinking;
Name the type of energy the ball has at the top of the wall.
Name the type of energy as the ball hits the ground.
You have memorized two equations that show the variables that affect these types of energy. Write them down.
Where does a ball have its highest potential energy?
Where does a ball have its maximum kinetic energy?
Describe the concept of conservation of energy.
Use the two equations to show this.

Do any of the visualisations below suit the hypothesis for the test investigation on radiation?
3. INDEPENDENT VARIABLE
The variable that is being tested, or that the Investigator changes is the Independent variable. What is the value of this variable?

5. Any other variable that may affect the results must be controlled (kept the same). Note: these controlled variables could become independent variables in another investigation.
AMOUNT!!! Use another word to describe what you really mean eg VOLUME, MASS, LEngth, Time, TEMPERATURE, RATE